New Farms For Mama Victor and Mama Manu...And A TON Of Free Food For Ten Teenagers

Typically, the first step with these new businesses is to visit and assess the house. Once the parent has chosen the business that will work best for his/her skills, schedule, and location, I gather all of the necessary items from town and, hopefully no more than a week later--though, in the case of the chickens, much longer--deliver them to the home.

At the end of last week, we filled the van--with people and items--and set out to do all of the business drops in an area outside of town called Birunda.

The afternoon was beautiful. I had about ten kids with me--all very excited to spend a few hours outside of the house. On the road to the village, we drove behind a giant truck carrying sugar cane. The kids asked me to pull up alongside of it so they could grab sugar cane to eat on the drive. (The fifteen minute drive...) But the road was too narrow and the oncoming traffic just a little too sporadic to time it correctly. Instead, I pulled up to pass the truck and the kids yelled to the driver. He told me to pull over and one of the other men on the truck, brought over about five trunks of sugar cane and cut them in to pieces for us. Needless to say, these kids were all stoked to have free snacks.

When we arrived in Birunda, we began with Mama Victor, whom you may remember from this previous post. Mama Victor {Phoebe} lives with her mother {Margaret}, younger siblings, and three of her four children. Victor, her firstborn, lives at Precious Kids Center. 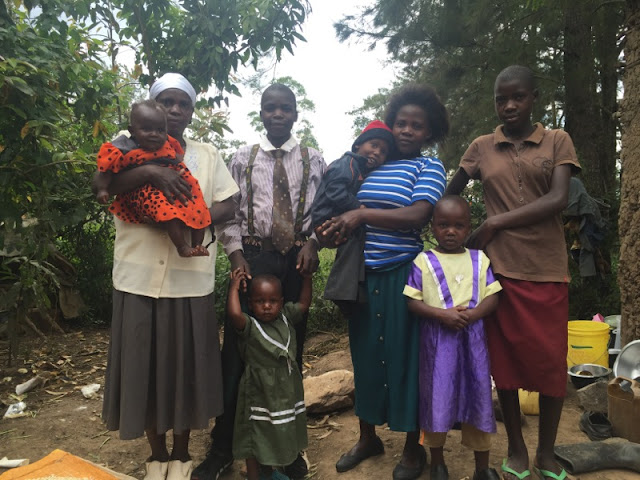 They welcomed us--all of us--warmly. They invited us in to sit down and pulled in extra chairs to make sure everyone had a spot. As soon as everyone was comfortable, Victor's grandmother said something I didn't quite catch, and the kids cheered, jumped up and ran outside. I looked at her, confused, and she said, again, this time a bit slower for me, "Mangoes! Mangoes in the trees. I told them they can go pick them."

Sure enough, we walked outside and found a mango tree full of teenagers. 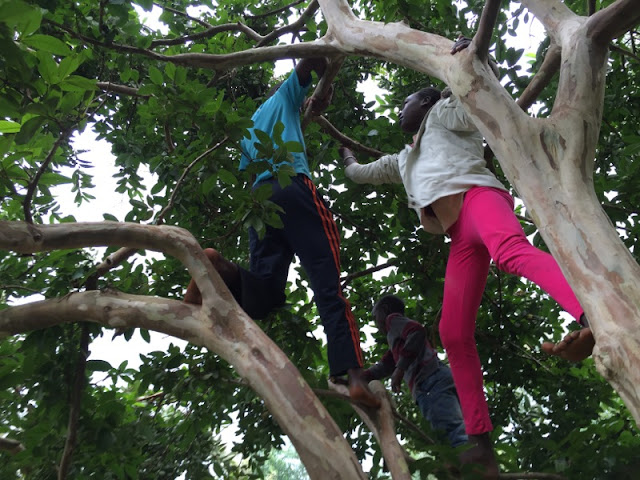 While they went to work scrounging more free snacks, I talked with Mama Victor and her mother. They showed me the land they had worked to prepare for sowing since the last time I visited {seen in the picture below} and were looking forward to planting these seeds the following week! I promise they are happier than they look... 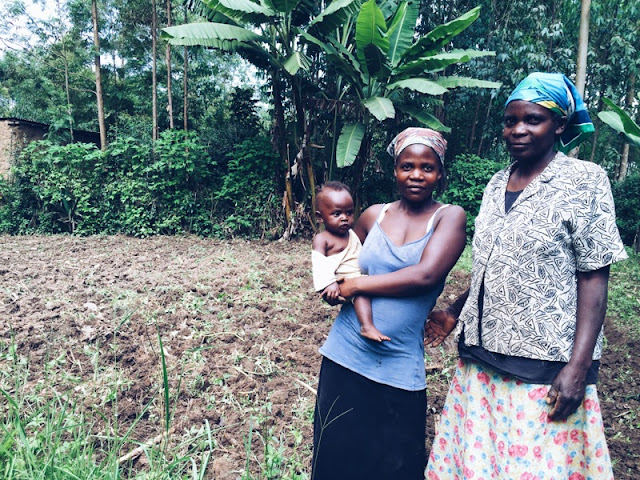 I collected the kids from the tree--now with pockets full of mangoes and arms full of sugar cane--we said thank you and goodbye, leaving the family with the seeds for their new farm and some sugar cane as we walked down the road toward Mama Manu's house.

On the way, I peeked in to this gate and saw a Disney Princess. She was a little embarrassed at first, but then agreed to have her picture taken in front of her gate. 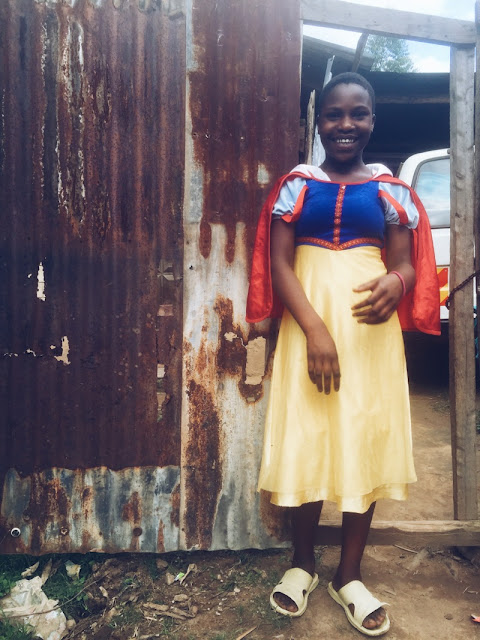 We turned a corner and arrived at Manu's house.

Manu is one of my favorites. I know, I know, you're not supposed to have favorites, blah, blah, blah...but...Manu is one of mine. It's probably because he's very much like who I was as a thirteen year old: he loves to sit and watch TV; he is tender-hearted and compassion, but also hyper-sensitive and a little moody; he can keep a room of kids entertained when the situation calls for it, but can just as comfortably sit so quietly you can forget he's even in the room. So, when Sammy and I were talking through some families to help, I asked for a bit of background on Manu's. {You can read about how he came to Precious Kids Center here.}

Here is Manu's family: his dad, siblings, nieces and nephews {who have been dropped-off at the grandparents house over the years}, and his mom, Alice. Sammy has mentioned that this is a tumultuous marriage: that often the mother will say the father has left her--sometimes for months at a time--and then he comes back again, with little or no explanation. When we visited early this year, Sammy was surprised to see Manu's dad because he had been away during her previous visits. We are assuming that Mama Manu would like to have a farm of her own so she can be a bit more financially self-sufficiency. 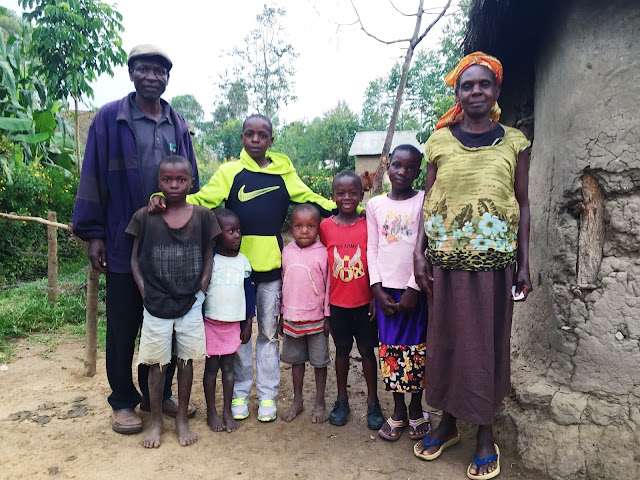 Manu let us in to sit down while he went to find his mom.  While we were waiting, the kids, happily, ate more of the snacks they'd been given. 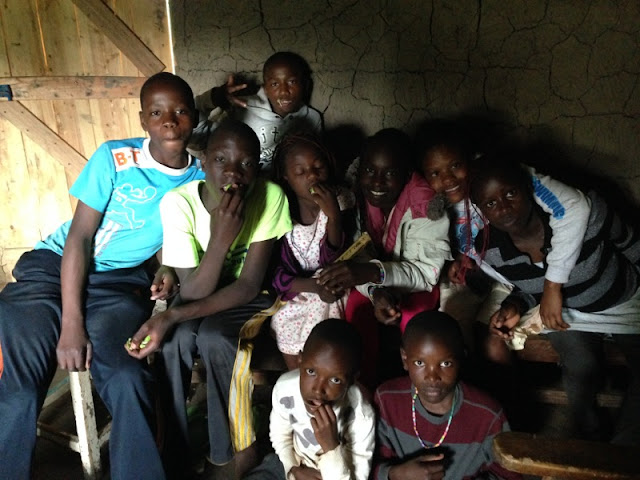 When Mama Manu came in to greet us, I gave her the seeds and tried, in my best Swahili, to explain a bit more about the project, since the last time we'd talked was in a loud, crowded living room. (I can still hear Lucy correcting my unintentional future tense in the background.) Mama Manu said thank you, through her raspy voice, which was weak from a cold, and offered us tea. Though I thought my response was, "I'm okay, thank you." Manu assumed I said, "It's okay! Thank you!" So they headed out to make a giant pot of chai for the group.

These kids were scoring with free food today!

While the tea came to a boil, we wandered around and took some pictures.

Me and the girls: Lillian, Marvelous, Stellah, and Lucy {and her sugar cane} 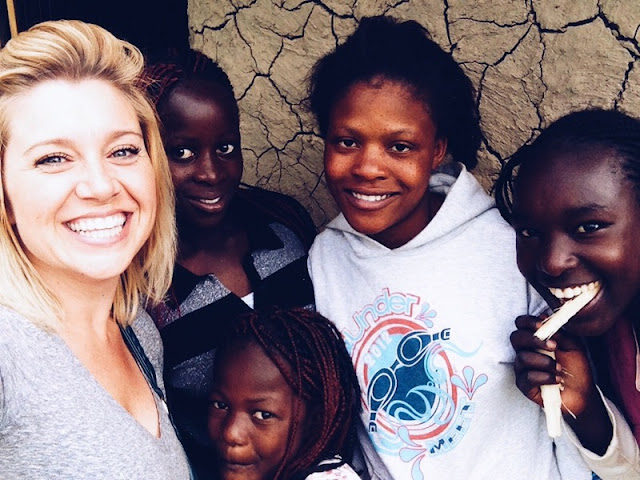 Frank asked if he could take my picture and, surprisingly, did well.
You can even see my face this time! 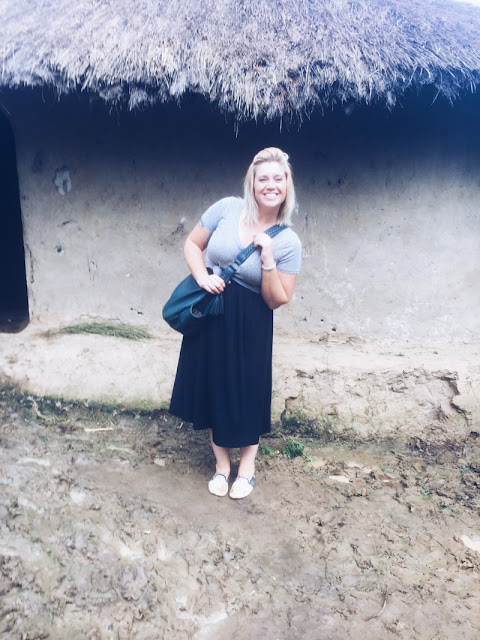 Mama Manu {Alice} in the doorway of the kitchen 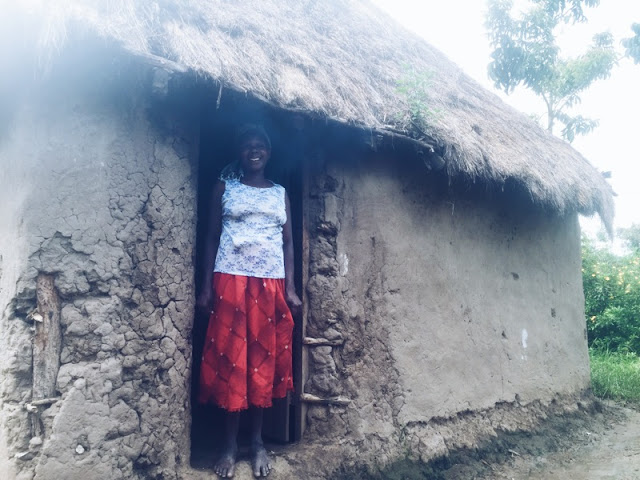 About fifteen minutes later, Manu brought in the mugs and plates. He then came back to wash our hands. 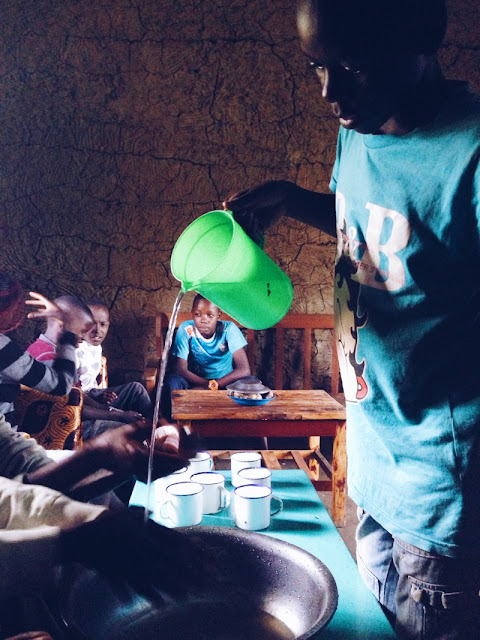 On his third trip, he brought the tea and boiled sweet potatoes. Have I mentioned how excited these kids were about all of the free food?! 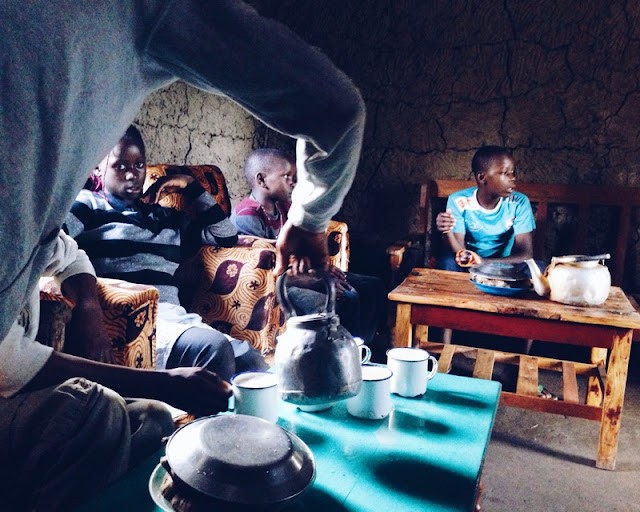 I could hear the rain coming and wanted to get home before the roads were too muddy, so we finished off our chai, took one final picture with Mama Manu and the entire crew, thanked her for the food, and ran back to the car. 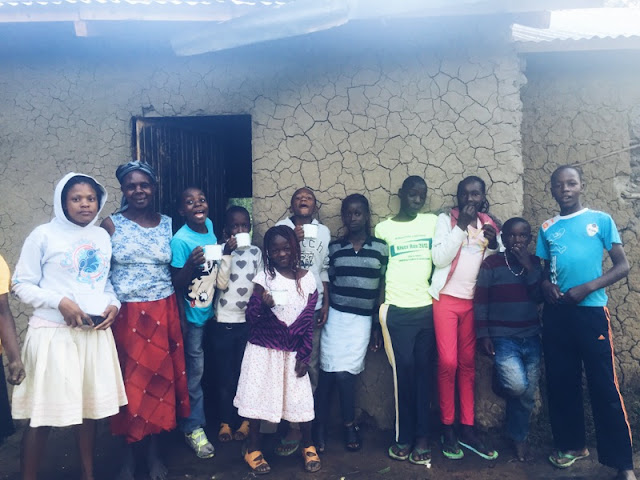 We had the items in the car for Mama Brian's new store, so we drove down to her house to see if she was home. I can never remember which house is hers, so Manu jumped out to help me find it. Unfortunately, she had gone to take her son to the hospital, so we told her neighbor {coincidentally, Manu's sister-in-law} that we'd come back another day.

We climbed back in to a rowdy car! Lots of singing and dancing--which lasted all the way home! The two boys in the front seat were leading the eight in the back in a call-and-response type of chant, followed by a few children's songs, and then a pair of their favorite rap songs. It was exactly like the first hour of the drive home from summer camp--you know, before everyone falls asleep--lots of energy poured out in loud group song. And, if you know me, you know that there are very few places I would rather be!
Posted by Allison at 7:06 AM