Alright everybody, it's that time again. Lucky for you, each day is different than the last, so there are new stories to share in every post. I've said it before and I'll say it again, there is never a dull moment in a house of 37 kids.

On Saturday night, Sammy was bandaging some wounds in the backyard, when Willie walked back yelling, "Mama! My finger was bitten by a cat!" The full story is this: Willie was curious as to whether or not he could grab the neighborhood feral cat's mouth...as it turns out, that cat is much faster than this sweet boy and took a bite out of his pointer finger before running away.

On Sunday afternoon, Willie was complaining that his finger hurt. Upon inspection, we found that it was swollen and began to (semi)joke that maybe he had contracted rabies. On Monday morning, when the finger was worse, it was decided that he should see a doctor. Two shots (tetanus and rabies) later, Willie is making a full recovery and has promised to never try to grab a cat's mouth again. 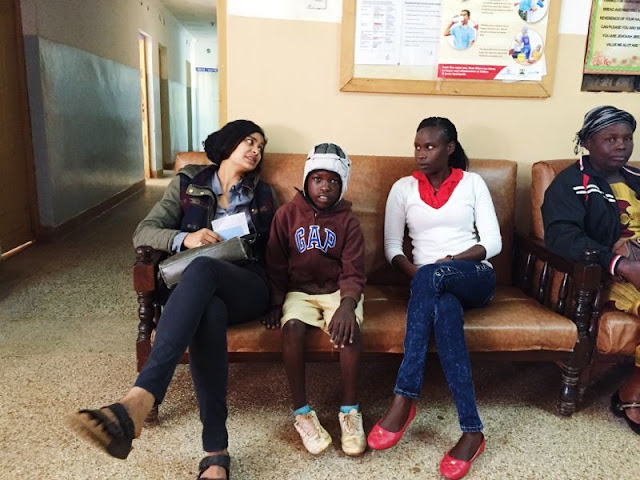 {willie, with sammy and phoebe at the doctor's office.}

On Monday night, I was marveling at the amount of work these house moms put in to run the centre and the school. With 37 kids at the home (the majority with special needs) and 3 classrooms of kids at the school, there is always, always, always something to be done. They put one meal on the jiko (seen in the pictures below) and begin prepping for the next. 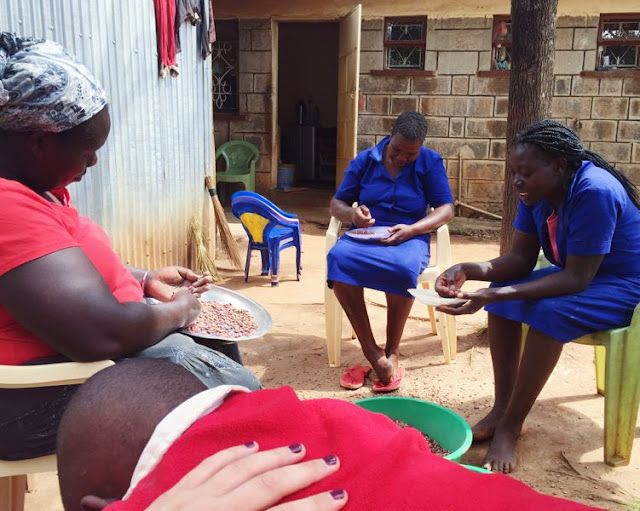 {mary, mama zippee, and mama mo sifting the good beans from the bad for the next day's lunch} 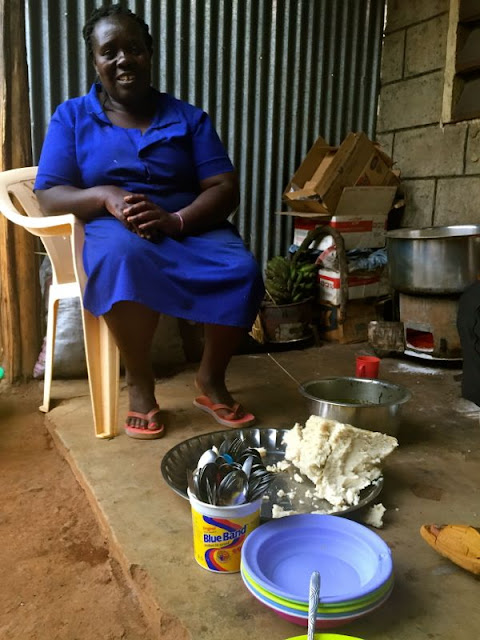 {mary and the remnants of dinner: ugali and sukuma} 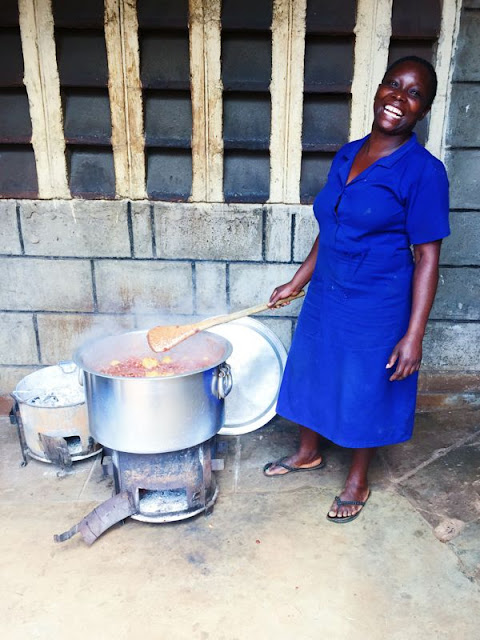 {anet and a pot of githeri (beans and maize) for lunch}

During meals, they each grab a plate for a child that can not feed himself, mash-up the food to the proper consistency and spoon-feed the meal to the child. 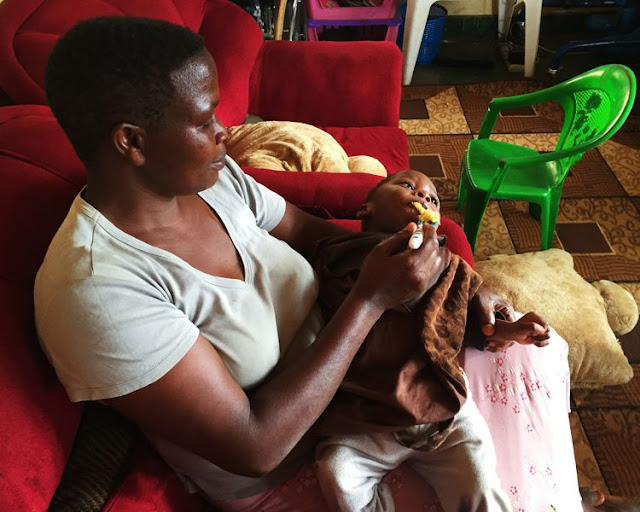 In-between meals, they change diapers and clothes of nearly a dozen kids, wash all of the plates, cups and spoons from the previous meal, and sweep the floor of leftovers from those who are able to feed themselves, but unable to do so with a utensil and, thus, leave a trail of rice, beans, or greens in their wake. 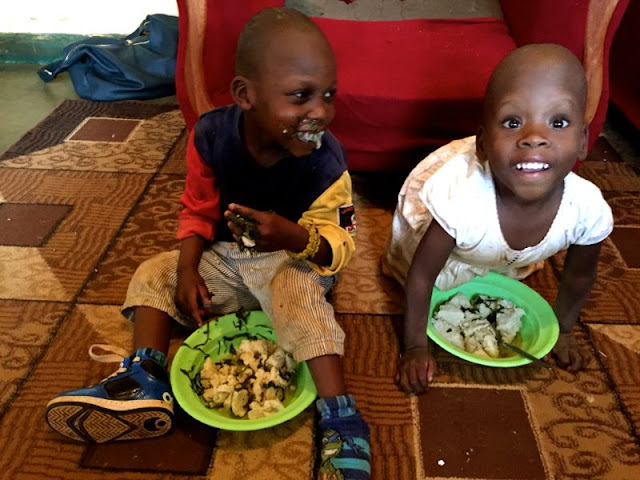 There are three women who do laundry from morning 'til night everyday...it's incredible the amount of laundry that is amassed in this home! There are several laundry lines making a web across the backyard of the center, filled with clothes...and it's still not enough space to dry all of the laundry! They take stacks out front each morning and hang it to dry on the bushes across the street. And, each late afternoon, they go and collect it, fold it, and put it away in the bedroom cupboards so it is ready to start the process over the next day. 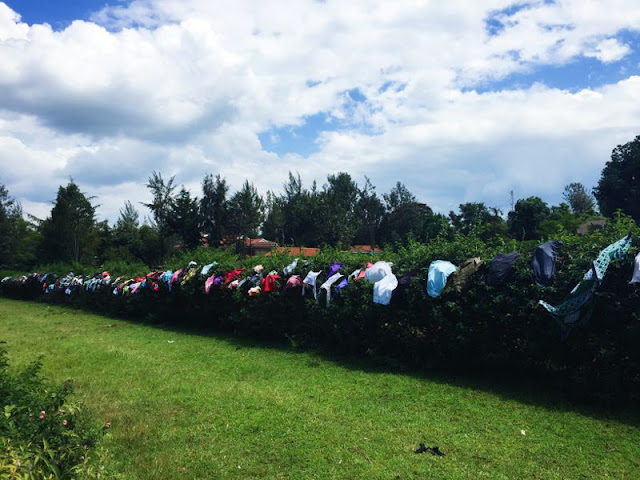 All the while, these women LOVE these kids. There is so much affection that goes in to each step, each task. Even the women who do the laundry--they have learned the names of the children and will stop to talk and joke with them, or wipe a nose or two over the course of the day. At the end of a very long weekend, one of the moms had clearly had her fill of chaos. Even still, she sat outside, eating dinner and laughing with the other moms...readying herself to do it again the next day.

Many of you moms/dads reading this may be laughing and thinking to yourself, "Duh, Allison, this is how parenting works." And I'm sure much of this rings true for the day-to-day of life in your home. BUT. These women are caring for (potentially) nine times the number of children...and, for most of them*, none of these children are their own--most of them have raised their own children and are choosing to do this all over again with children whose parents could not or would not do this for them. (*Two of the house moms have daughters that live in the home too...)

Well, I had not intended for this post to be an Ode to the House Moms, but that's where it went, so I'll save the other stories for later. How about I finish us off with a few pictures of adorable faces?

The kids have now started asking to have photos taken...and coming up with poses. The other night, this went on for about a half an hour--various faces (closed eyes, open mouth, fish face is really popular these days) and poses (ballet, yoga, jumping, laying, sitting) and group shots (me and him, these two, now me and her, etc).

This was one of the last from the other night: 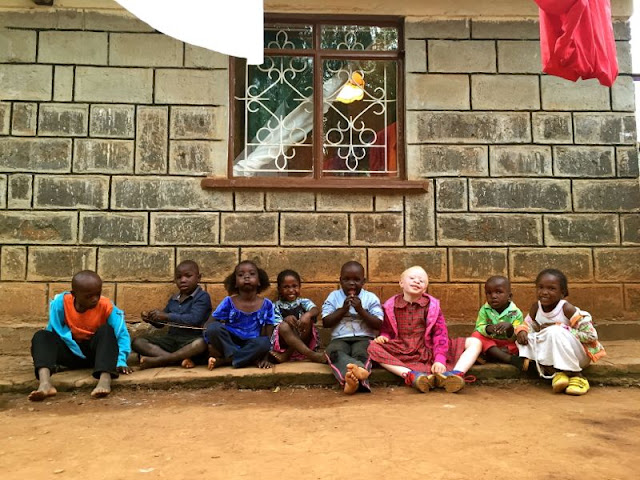 With every picture, I would count to three and, just as I reached two, Suzie would step in to the frame. As I've mentioned before, she doesn't speak and, until recently, didn't really respond to commands (or even her own name, I'm told), but I'm telling you, this kid knows a good bit when she sees one...and the timing of this one--over and over again--was gold. Each time, the girls would shake their heads and say, "Susan!" and I would grab her sweatshirt, pull her out of the shot, and take the picture. This time, I was a second too late...but I love that I have documentation of her comedic genius. 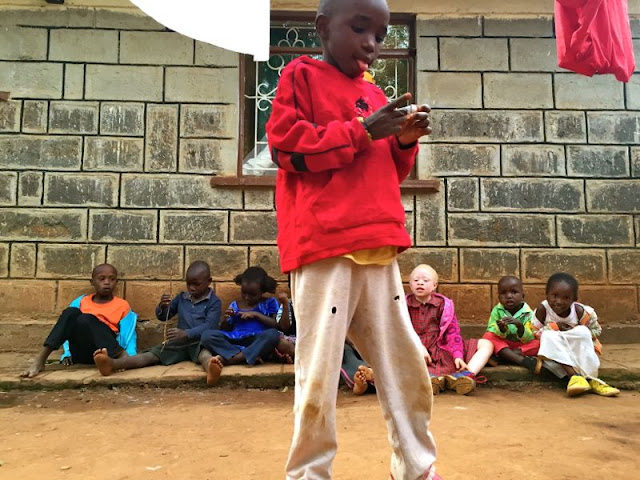 One more quick thing: Obama is coming to Kenya. His family is from a nearby town and, since he won the US election in 2008, many people have been asking when he would come. (I was living here when he won the election and the entire town shut down for two days in celebration of his victory! The town where his grandmother lives held mock US Presidential elections that November, too...I'm assuming you can guess the winner.) Anyway. He's coming to visit. And the way they are controlling security when he arrives is to shut off all cell phones, internet, etc. for the entire country. So, I may be dark here (and on facebook and instagram) for a day or two...but it will all be in support of our President--and, secretly, my support of the joining of my two homes, if only for a few days.
Posted by Allison at 11:15 PM

I am humbled by these women.