Settling In Quite Nicely

Well, I made it. I landed in Nairobi, picked up both of my over-sized bags (praises!) and met Sammy out front. She (is a saint who) took an 11-hour bus ride to meet me in Nairobi and never once complained. A quick taxi ride later and we had ourselves a place to sleep for a few hours before hopping a 45-minute flight to Kitale the next morning. 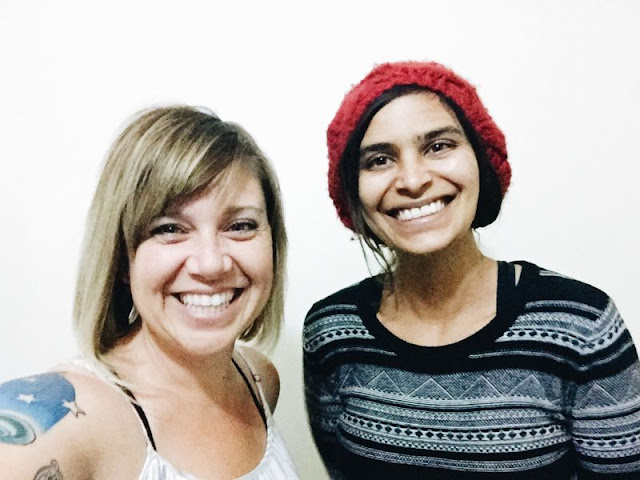 We arrived in Kitale shortly after breakfast on Wednesday. I showered and changed out of the clothes I had been wearing for three days and we headed over to the kids house. I've been battling jet lag more so than in other years, so I mostly sat and watched the action of the day before an afternoon nap, but, there was enough time to have tea with Suzie, which was really all I wanted to do on my first day anyway. 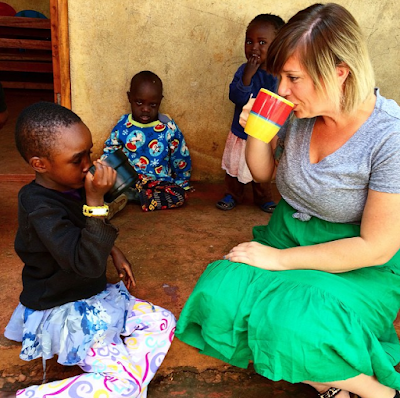 Thursday morning, one of the first stops was a visit to my one of my favorite humans: the parking lady. She and Sammy have this unique relationship which has spawned from this woman's lack of appreciation for Sammy trying to dodge the small parking fee by running away from her nearly every time we're in town. I, for one, think it's hilarious.

She caught a glimpse of my empty wallet (pre-bank stop) and told me, "Oh! We can not be friends because you are poor! I need to be friends with someone who can buy me tea, because I am also poor!" 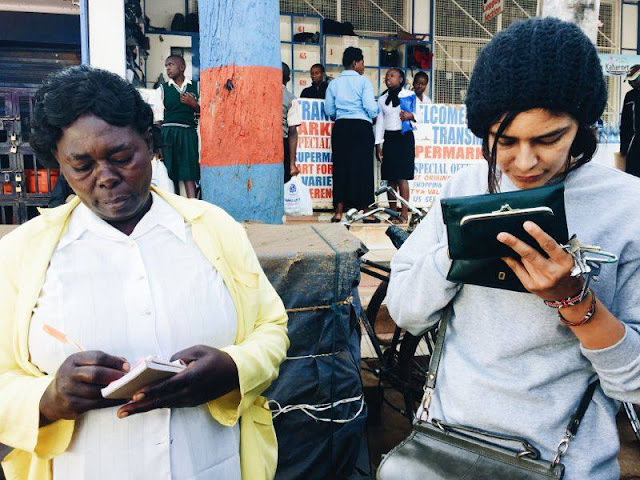 We made one more quick stop before lunch. An organization just outside of town is partners with the man who oversees all of the charitable donations of wheelchairs (wheelchairitable donations?!) for Nairobi and has chosen to give a few chairs to Precious Kids Center every quarter. We picked up one on Thursday and will receive five more in November!

When we returned to the school, Sammy set-up the chair and brought it in to the classroom for Praise, a boy who attends school at the Centre since the teachers and staff are equipped to care for and educate kids with special needs and Praise has cerebral palsy. Praise is aptly-named: he is so full of joy. He loves his mom, his teacher and his friends and, though he can not speak, many of them (including the physical therapist) have learned his sign language to communicate with him. He tells jokes and pulls pranks and is definitely a school favorite.

Sammy put Praise in to his new wheelchair and he smiled and squealed and rolled around the room. It was such a sight to see! We sent a few videos and several photos to the man who donated the chair. There are very few things that match the joy that accompanies receiving the gift of mobility. 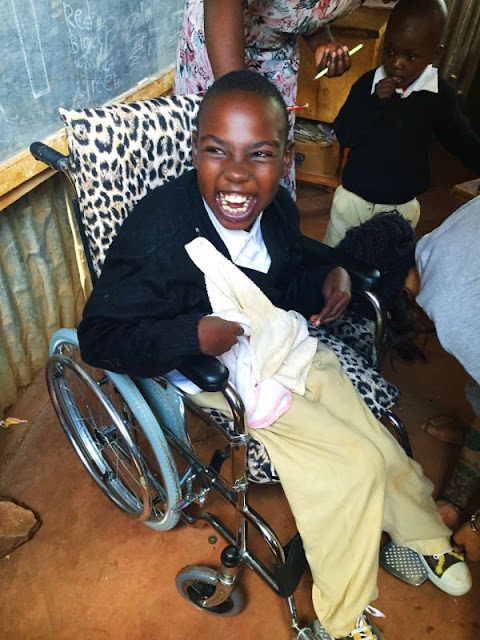 Another couple, visiting from Texas, brought the Centre books, puzzles, markers and crayons, and an entire box of brand new shoes. Sammy and her staff spent the afternoon matching each pair to a new owner based on size and design. (It's a lot of guess-and-check with a house of 37 growing kids!) To spare you an entire page of individual shots, here's an attempt at a group picture with their new shoes. (Slowly, the group grew as children who had run off to test out their new shoes were captured and brought back for the photo, but this one just shows so many personalities in one frame...) 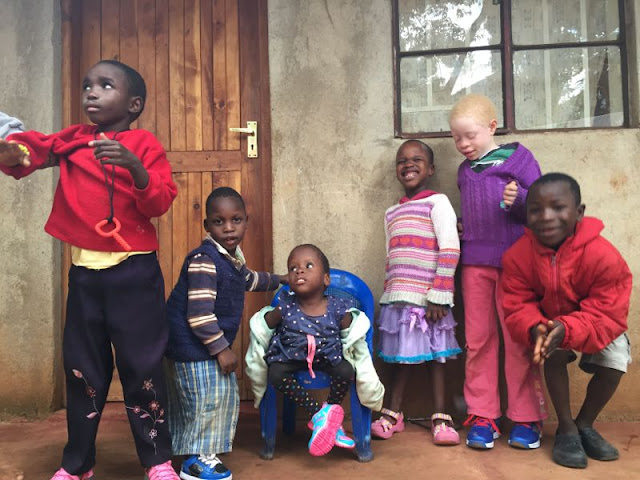 In the photo above, the second from the left is Moses. When I arrived here in March, Sammy told me Moses had just started walking after about a year of work with the physical therapist. Thursday, fitted with new high-tops, the boy was running all around the compound. It's amazing to watch these individual stories of growth and healing that come from personal attention based on specific developmental needs.

Which brings us to Gideon. Gideon is about five years old and also has cerebral palsy so he does not walk or speak. He has the biggest grin and murmurs and gurgles as if he is fully communicating, so he's also a fan favorite around here. Thursday afternoon, he and I hung out in the backyard waiting for his parents to pick him up from school. 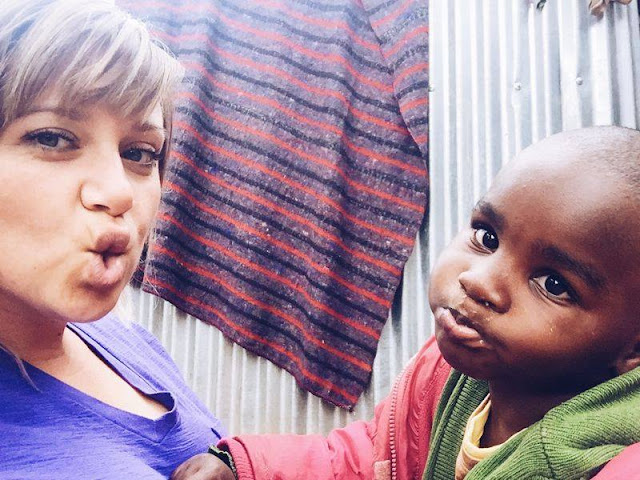 When we arrived at the house on Friday morning, the physical therapist was working with a room of kids and Gideon was taking assisted laps with a walker. Having seen the progress in Moses over the last few months, I am so excited to watch as Gideon takes steps (for lack of a better term) toward mobility as well! 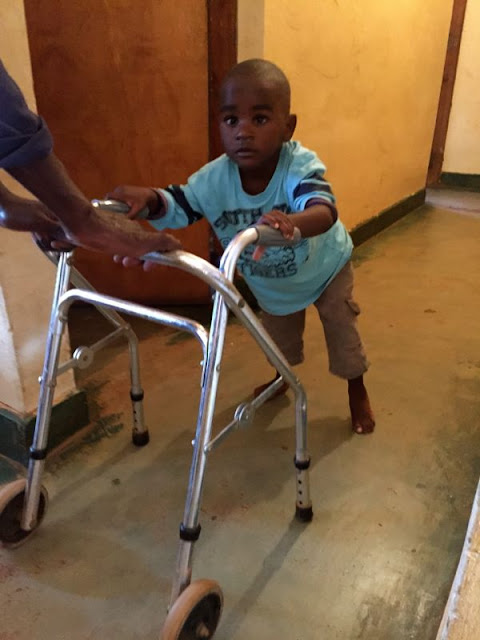 Last night, before dinner, several kids and house moms sat out front on the large grassy patch across the street from the house. The children picked flowers and shot sticks from homemade bows and raced up and down the lawn as I shot pictures and slow motion videos (which they absolutely loved!) The moms laugh at how many pictures I take each day, many of which go un-posted, but there are too many moments of pure childhood, joy, family and beauty that ought to be captured. (Don't worry, I am doing my best to balance documenting and engaging in these moments.) 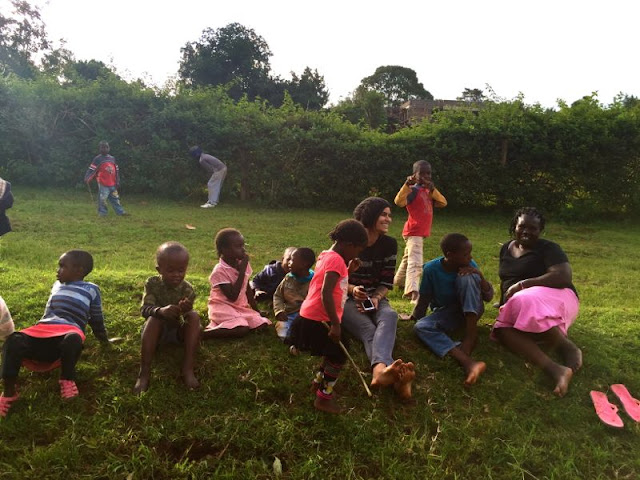 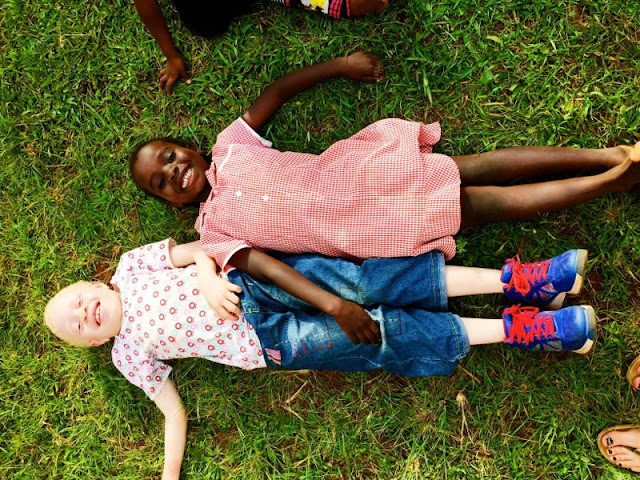 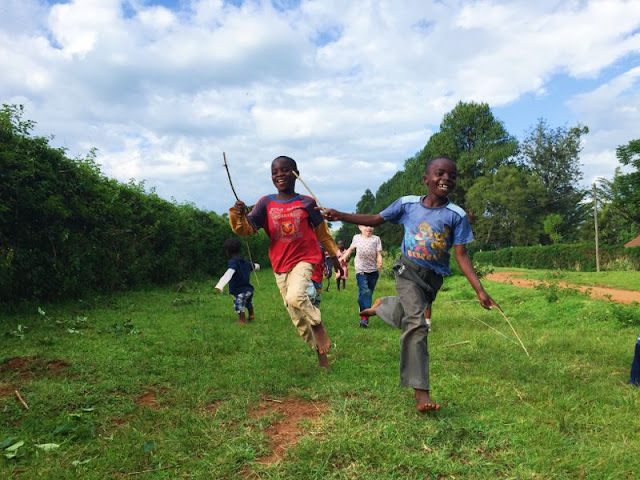 Many other things happened in the last few days: trips to the doctor, visitors from local ministries, a huge and delicious mug of iced coffee at lunch, cat bites, dance parties, poetry recitation--to name a few. I'm working on a way to show you the highlights of each day, without giving a false sense of life here. Needless to say, there is definitely more to come!
Posted by Allison at 5:00 AM

I love you...and LOVE 'wheelchairitable' donations!
I will connect with Cynthia Hammork too!! Thinking of you...constantly!
Mama